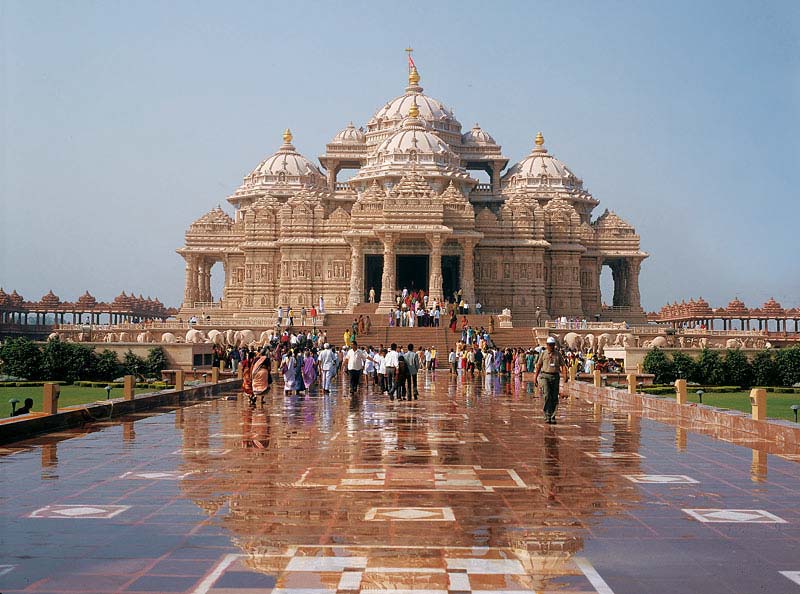 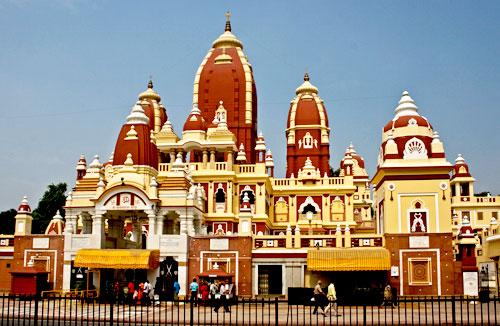 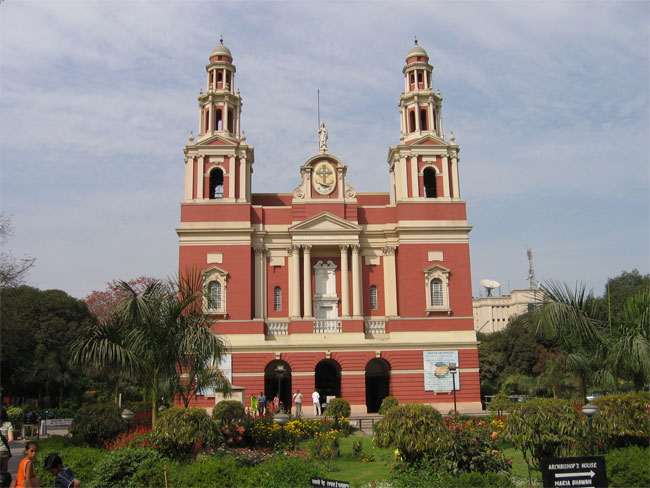 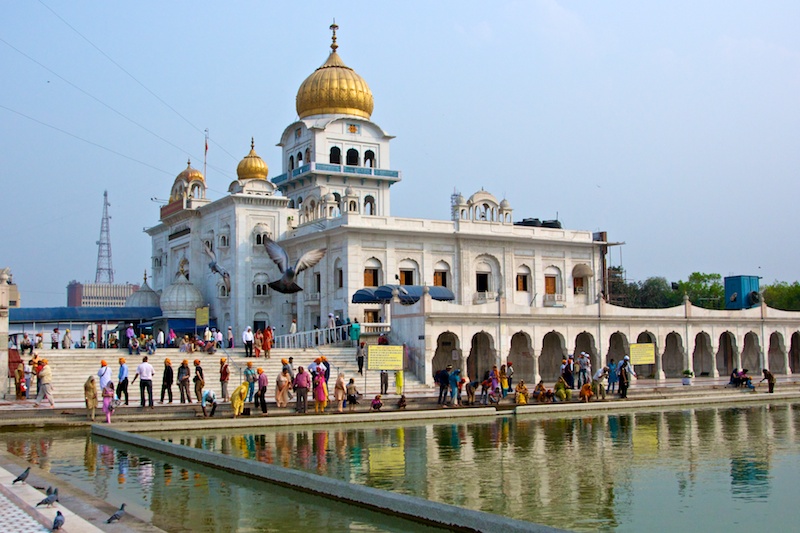 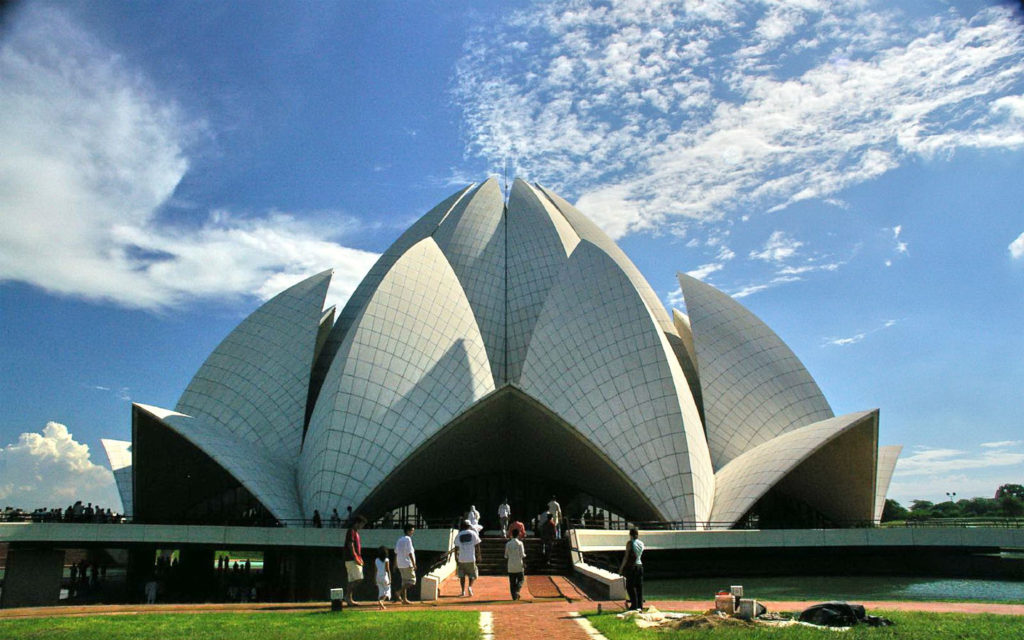 The Cathedral Of The Sacred Heart is a Roman Catholic cathedral belonging to the Latin Rite and one of the oldest church buildings in New Delhi, India.

Gurdwara Bangla Sahib was originally a bungalow belonging to Raja Jai Singh, an Indian ruler in the seventeenth century, and was known as Jaisinghpura Palace. he eighth Sikh Guru, Guru Har Krishan resided here during his stay in Delhi in 1664. During that time, there was a smallpox and cholera epidemic, and Guru Har Krishan helped the suffering by giving aid and fresh water from the well at this house. Soon he too contracted the illness and eventually died on 30 March 1664. A small tank was later constructed by Raja Jai Singh over the well, its water is now revered as having healing properties and is taken by Sikhs throughout the world back to their homes.

The Lotus Temple, located in Delhi, India, is a Bahá’í House of Worship that was dedicated in December 1986, costing $10 million. Notable for its flowerlike shape, it has become a prominent attraction in the city.